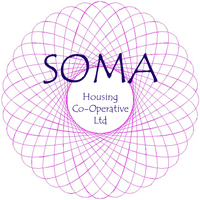 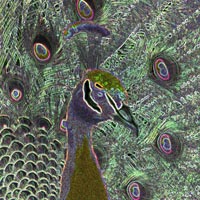 In an effort to reach audiences further afield four popular songs have been uploaded to a website devoted to publishing the works of both unsigned musicians and signed artists from around the world. Some famous names have published music from their back catalogue of already released gems. These latter artists include Gary Clail who has uploaded albums from the On U Sound label, which features his work with Lee Scratch Perry, among many others.

This link takes you away from Crackpots web site so maybe open the following link in a new tab or a new browser window.

Here are tracks from the April 2017 practice in Semley village hall. This page has new tracks including "Fish Heads", .

The link below takes you to a collage assembled from photos of the band, taken at practices and gigs up to 2015.

The link below will take you to a gallery of photos taken during the gig at The Cellar in Oxford in 2014. The photos can be viewed alternatively as a slideshow.

The tracks below have been selected from those recorded at the Sound Works, community music studio in 2014 at the practice prior to the shittiest gig so far, at the Cellar. After some deliberation it was decided by Dick and Bongo and contrary to what we all thought, that there is some good stuff in the recording. What we have is surprisingly, far from useless. What we do have can form the basis of something better after a bit of studio work. The obvious first contender being some over dubbing. The big question is, can we record the missing instruments in Ratgoose Hall ? So Dick and I are up for it and have already recorded Gaffa reworking his kit on this version of Penis Head. Let's see if we can create another art form out of musical shabbles. The tracks below are posted here for your mutual appreciation and sheer delight knowing full well that an alternative Mix Down is int'mill init.

Recorded at East Stour Village Hall December 2012. Here are 4 tracks that have been selected from those recorded by Sprogg at the December 2012 session which took place in East Stour village hall. These have now been through post production at the Camel Hill studio and comprise the first Final Mix Down.

Three tracks, excluding Penis Head are probably the best for demo purposes but all four tracks are being distributed on the 2013 Demo CD, which can be bought for Â£5, only a fiver - through Oxford PC Solutions CIC web site. The tracks are posted here for your mutual appreciation and sheer delight knowing full well that an alternative Mix Down is being evaluated and the tracks posted here could change for the new mixes in a few days time. So get 'em while they're hot.

Here are four tracks from the August 2012 practice in Semley village hall. There are two takes of Wallabies in Crowmarsh.

IMPORTANT INFORMATION: If you encounter any problems with performance during audio streaming, please download the files to your hard drive first and then play them with your choice of music player.

The copyright owner must be consulted if you wish to use or reproduce the material for commercial purposes. In all cases higher quality products are available. To obtain these or to add or change the content of the web site or for anything else - send an eMail to the web host